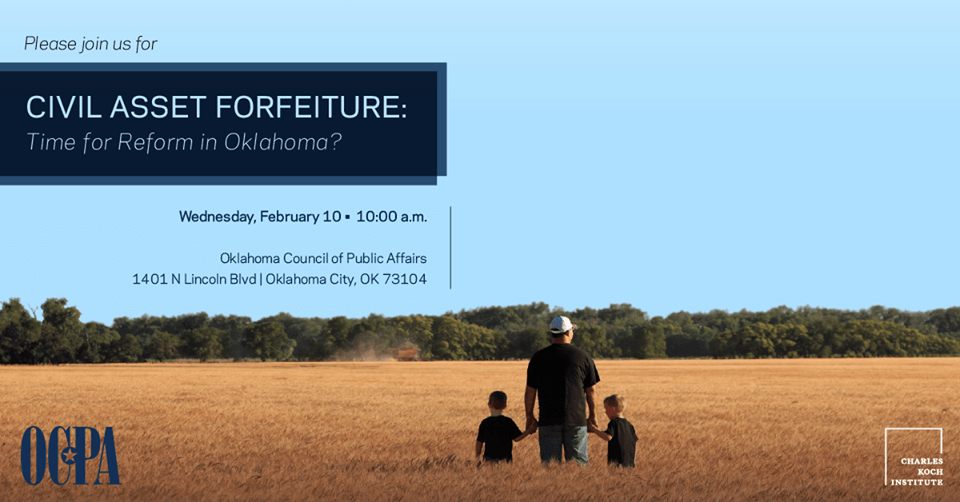 This is an event that will take place on Feb. 10 at The Council for Public Affairs. If you are a supporter of reform, or a supporter of our friends at The Friendly Market I encourage you to attend this event. I will list the information and itinerary below. Please take special note that one of the speakers is David Smith of Smith & Zimmerman P.L.L.C. David is assisting in the defense of The Friendly Market via the DKT Liberty Project.

Mr. Smith has over 35 years of white collar criminal experience. He has litigated scores of cases and argued more than one hundred federal criminal appeals as a federal prosecutor and defense attorney, including extensive experience with civil and criminal litigation in the Supreme Court of the United States. Mr. Smith has been repeatedly named in the list of preeminent lawyers in the field of white collar criminal defense by Best Lawyers in America (2012-2015) and Virginia Super Lawyers (2009-2015), and has received the President’s Commendation for outstanding service from the National Association of Criminal Defense Lawyers in 1993, 1994, and 2004. He served for nine years on the Board of the NACDL and is Chair of its Forfeiture Committee.

For nearly a decade prior to entering private practice, Mr. Smith was a prosecutor in the Criminal Division of the United States Department of Justice and at the United States Attorney’s Office for the Eastern District of Virginia, where he was involved in complex white collar criminal investigations, trials, and appeals involving defense procurement fraud, congressional bribery, espionage, tax evasion, mail fraud, false claims and other crimes. In 1995-1996, Mr. Smith served as an Associate Independent Counsel in the investigation of Michael Espy, the former secretary of agriculture.

Mr. Smith is regarded as the foremost expert in the country on asset forfeiture law and practice. He is the author of the leading legal treatise on forfeiture, Prosecution and Defense of Forfeiture Cases (2015), published by Matthew Bender. He has testified before congressional committees several times with respect to forfeiture, restitution, and money laundering legislation. Mr. Smith has regularly counseled the Senate and House Judiciary Committees on forfeiture legislation, and was heavily involved in drafting the Civil Asset Forfeiture Reform Act of 2000. He has also assisted the federal advisory committees in writing the procedural rules governing criminal and civil forfeiture proceedings. In 2000-2001, Mr. Smith was appointed by Senator Richard Shelby (R. Ala.), the Chairman of the Senate Intelligence Committee, to serve as a Commissioner with the Judicial review Commission on Foreign Asset Control.

And here’s the itinerary:

“Innocent until proven guilty”—the idea is as American as apple pie. But what if law enforcement thinks your apple pie was involved in a crime? It turns out you can lose your property—not just your pie, but your car, your cash, your house—without ever being charged, let alone convicted, of a crime. Oklahoma legislators are considering changing state law to increase protections for private property rights, but some district attorneys argue that proposed reforms compromise their ability to fight crime, especially in the war on drugs.

Join experts from Oklahoma and around the country to learn where “civil asset forfeiture” came from, how it works, and what reforms are on the table.