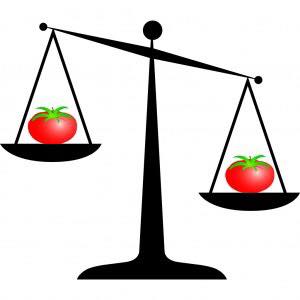 Posted at 12:55h in Wagner & Lynch Blog by Matt McWilliams 0 Comments
1 Like

Did you know the Supreme Court of the United States of America once considered this question: Is the tomato a fruit or a vegetable?

Nix v. Hedden 149 U.S. 104 (1893). The Tariff Act of March 3, 1883 required a tax to be paid on imported vegetables, but not fruit. The case was filed as an action to recover back duties paid under protest to the collector of the Port of New York.

The court unanimously decided in favor of the respondent and found that the tomato should be classified under the customs regulations as a vegetable, based on the ways in which it is used, and the popular perception to this end. Justice Horace Gray, writing the opinion for the Court, stated that:

“The passages cited from the dictionaries define the word ‘fruit’ as the seed of plants, or that part of plants which contains the seed, and especially the juicy, pulpy products of certain plants, covering and containing the seed. These definitions have no tendency to show that tomatoes are ‘fruit,’ as distinguished from ‘vegetables,’ in common speech, or within the meaning of the tariff act.”

Justice Gray, citing several Supreme Court cases (Brown v. Piper, 91 U.S. 37, 42, and Jones v. U.S., 137 U.S. 202, 216) stated that when words have acquired no special meaning in trade or commerce, the ordinary meaning must be used by the court. In this case dictionaries cannot be admitted as evidence, but only as aids to the memory and understanding of the court. Gray acknowledged that botanically, tomatoes are classified as a “fruit of the vine”; nevertheless, they are seen as vegetables because they were usually eaten as a main course instead of being eaten as a dessert. In making his decision, Justice Gray mentioned another case where it had been claimed that beans were seeds — Justice Bradley, in Robertson v. Salomon, 130 U.S. 412, 414, similarly found that though a bean is botanically a seed, in common parlance a bean is seen as a vegetable. While on the subject, Gray clarified the status of the cucumber, squash, pea, and bean.

So there you go a tomato is a vegetable, and beans are not seeds. Justice for produce classification!