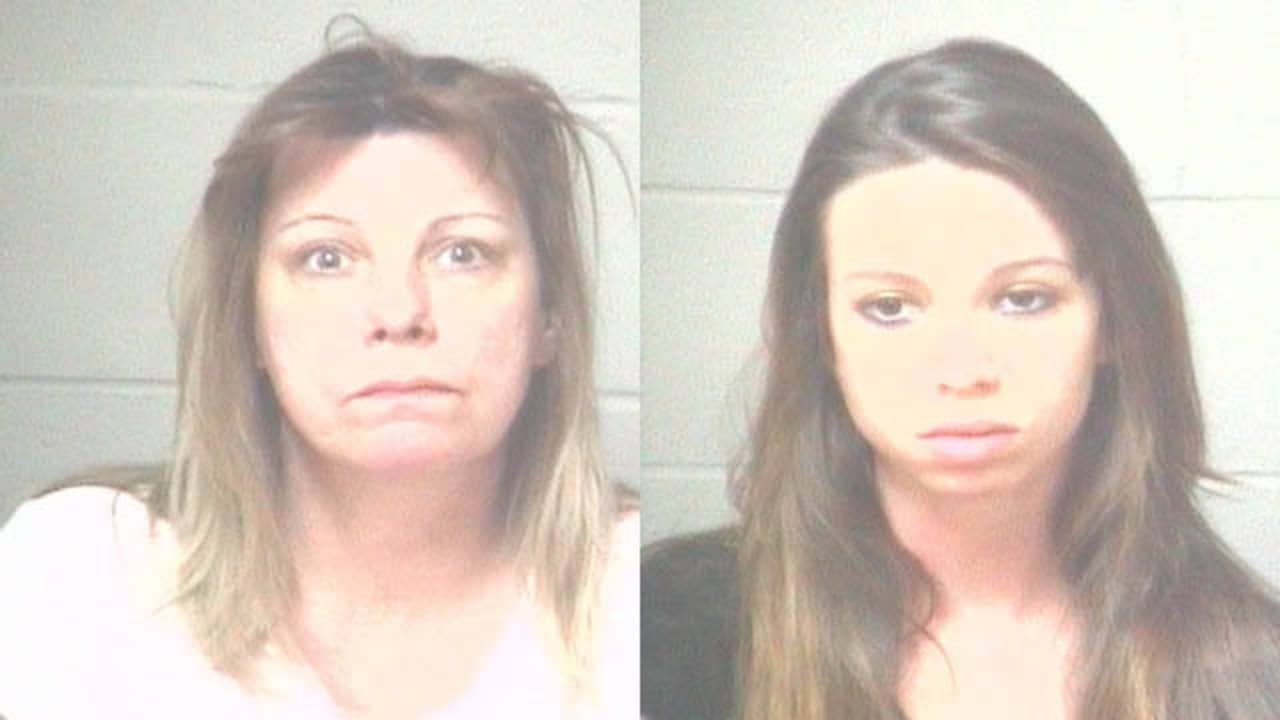 04 Jun THE STIPPLING EFFECT: The Story of a Mother and Daughter Wrongfully Accused of Murder PART I

Posted at 14:56h in Wagner & Lynch Blog by Matt McWilliams 0 Comments
1 Like

He had been drinking. It was a hot day (May 30, 2011), and Lennis Donovan “Donny” Jones, had drank a few beers as he mowed the lawn that afternoon. He had finished around 2:00 P.M. and he come into the house to get out of the hot Georgia sun. The home was that of Elgerie Cash. She shared it with her 19-year-old daughter, Jennifer Weatherinton, and more often than not, Jennifer’s boyfriend, Donny. Donny was quite a bit older than Jennifer, at 44, and had known Elgerie since they were teenagers. They had once been roommates and lovers for a period of about three years, themselves. Cash was not exactly supportive of the relationship between her daughter and Donny, but she was supportive of her daughter and tried to keep as many days in her home conflict free as possible. In many ways Donny was good to have around, like today, when he could do more of the manual duties around the house.

Cash had purchased a .40 caliber Glock pistol recently and Jones was wanting to see it. Cash led Jones to an upstairs bedroom where she removed the pistol from the place where she felt it was best to be in the event she would need it for safety reasons. Jennifer had followed Cash and Jones to the bedroom and watched as her mom attempted to pull back the slide on the gun, but must have inadvertently placed her finger in the trigger guard, because as she was attempting to show Jones the pistol, it fired. The round left the Glock went through the wall and into the back yard. The sound startled the three, but no one was hurt.

Jones grabbed the Glock out of Cash’s hand and began to pull the slide several times. Each time he drew the slide back a bullet would eject from the gun and flip into the air, tumbling end over end until it would hit the floor along with several other rounds. Satisfied that he had ejected all of the live rounds from the Glock’s magazine, Jones declared that the firearm was not loaded. Cash thought she saw a glint of light reflect off of what she felt was brass through the top of the slide. She warned Jones that he was wrong. Donny raised the gun to his head with the over confident smile of a man that was sure of himself, he pulled the trigger on the Glock. It performed the task it was designed to do with perfect mechanical precision and response.

A round was in fact still in the gun. By design, an internal explosion inside the pistol created approximately 35,000 psi of maximum pressure. The projectile left the barrel of the gun and proceeded to make contact with Jones’ skull at a velocity of over 1,500 feet per second. The soft lead bullet easily shattered the hard bone of Jones’ skull and proceeded into his brain, twisting and deforming as it traveled through the soft tissue and slammed into the other side of his skull, exiting.

It is abnormal to see another human being fall dead. It goes against all instinct to not reach out and brace your self for impact. It is instinctual, like breathing, a function of the brain, a directive sent from the control center to the other parts of our body to reach out and protect our body from injury by sacrificing our arms and legs to potential injury. When the brain cannot function as it is designed, the result is a strange rag doll effect, void of any sense of self preservation and foreign to the eye of any witness. That is exactly what happened shortly before Elgerie Cash placed a 911 call on May 30, 2011, at approximately 2:30 P.M. Donny Jones fell to the floor in a lifeless heap, his lifeblood pouring onto the bedroom floor from the head-wound he had just received. The two women now frantically giving him aid and praying for him to just “hang in there” would be eventually blamed for his death, accused of his murder, a murder that never happened.

Donny Jones would officially die later that day from the gunshot wound to his head, but there was little chance of any other result the second he pulled the trigger. The shooting, which would later be alleged as a homicide, had occurred just outside Dallas, Georgia, about an hour Northwest of Atlanta. Cash and Weathington had immediately called 911, and gave aid to Jones. The first responders were officers with the Paulding County Sheriff’s Office. Paramedics arrived shortly after and took over attending to Jones, relieving both the women and responding deputies. Despite being shaken, both women gave consistent reports for the most part, and cooperated with the officers on the scene. The investigating officers would all later agree that both women acted in a manner they felt appropriate for the situation. Cash would claim that Jones put the gun to his “temple” and pulled the trigger, when the entrance wound was actually about an inch behind his right ear. The officers on the scene did not consider his slight discrepancy to mean anything other than the effects of shock.

The shooting was investigated as an accident and neither woman was arrested upon suspicion of any crime. However, because it was a shooting, an autopsy was order and completed on the 1st of June. Dr. Jonathan Eisenstat, an assistant medical examiner with the Georgia Bureau of Investigation, spent approximately 45 minutes with Jones’s body. He determined in his initial report that Jones had in fact not shot himself. It was the entry wound that Eisenstat believed told him that this was not an accident and instead a homicide. It was the lack of something called “stippling” that led the doctor to believe it was impossible for Jones to have shot himself.

Cash and Weathington both had told officers that they saw Jones place the barrel of the gun against his head and pull the trigger. Close-contact gunshot wounds tend to leave marks on the skin around the wound called stippling or tattooing. These marks are discoloring of the skin caused by burning gunpowder. In order for stippling to be present the barrel of the gun would have to be very close to the skin so that burning gunpowder leaving the gun barrel can make contact with the skin. The absence of such stippling would indicate that the barrel of the gun would have to be some distance away. Eisenstat estimated that the gun had to be at least 18 inches away, which made an accidental suicide unlikely.

This did surprise the Sheriff’s Office. They did not just blindly accept these findings at first and asked Eisenstat’s supervisor to confirm the findings. The supervisor did so, but confirmed Eisenstat’s findings without ever doing his own examination.

Once the Sheriff’s office received that confirmation, everything changed. What the detectives and officers on the scene thought was surely an accident, suddenly was not. The report from the forty-five-minute examination was scientific certainty that this could not be an accident, and now the Sheriff’s Department needed to deliver a murderer, which they intended to do.

On June 6, uniformed and non-uniformed law enforcement swarmed the residence of Elgerie Cash and Jennifer Weathington armed with a search warrant and a need to craft a story of murder and violence. The search didn’t seem to produce much of anything at first, except a ball cap that was found in the laundry room. Officer’s recognized the cap as belonging to Jones. When they reviewed photos of the crime scene, they noticed that the hat was actually on the dresser; it was partially obscured by latex gloves discarded by the EMTs and missed by the deputies when the scene was initially processed. When the hat was brought in for examination, deputies found a hole in it that matched up to the entry wound in Jones’s head as well as traces of Jones’s blood on the inside.

Cash was asked about the hat and said that she had seen the hat after the officers had left. She threw it away in the garbage where it stayed for a day. After walking by the hat a few times, Cash decided that to remove it from the garbage and put it through the laundry to clean it. To an armchair detective the discovery of the hat would appear to be a breakthrough in determining the truth of what occurred that day.

However, this discovery would not change Einsenstat’s opinion, and he wouldn’t even look at the hat until two months later. When he did look at it, he said that the lack of substantial blood on the hat meant that it was unlikely that Jones was wearing it at the time he was shot. Officer’s notes from that day compiled from separate interviews of both Cash and Weathington would show that both women mentioned that Jones was wearing the hat when he shot himself. If Jones had been wearing the hat at the time he was shot, which was accepted knowledge as far as the notes and reports from the scene all indicated, then the one and only reason that Eisenstat had theorized this was not an accidental suicide would be refuted. All the other evidence, and statements seemed to point in that direction, including the fact that there was a substantial amount of gunpowder residue on his right hand. This would be consistent with firing a weapon. Also, there is the fact that no motive seems to exist. Maybe there was a reason that the officers who investigated the scene originally had first concluded that this was likely an accident fueled by excessive alcohol still in Jones’s blood.

This is where we are going to stop for just a moment. This is the point at which those tasked with finding the truth put aside their training, common sense, and even integrity to reach a conclusion. The conclusion law enforcement, from the Sheriff’s office to the Medical Examiner’s office, to the District Attorney’s office, needed to reach was murder. They would devote their talent and skill to creating a murder rather than investigating one. The two women in this story would suffer unimaginable heartache, despair, and incalculable mental anguish on top of the fact that they watched a person they knew and loved, take their own life, in the goriest of circumstances, in real time.

On December 19, 2011, Elgerie Cash and Jennifer Wethington were arrested and charged with malice murder, felony murder, aggravated assault, and possession of a firearm during the commission of a felony. Prior to trial Weathington was offered a deal: if she testified against her mother, she would be allowed to plead guilty to tampering with evidence, a misdemeanor charge that carried no prison time. She declined, choosing not to betray her mother. Despite the fact that these two women would not give in to temptation and betray each other, they would find themselves betrayed by the system over and over again.