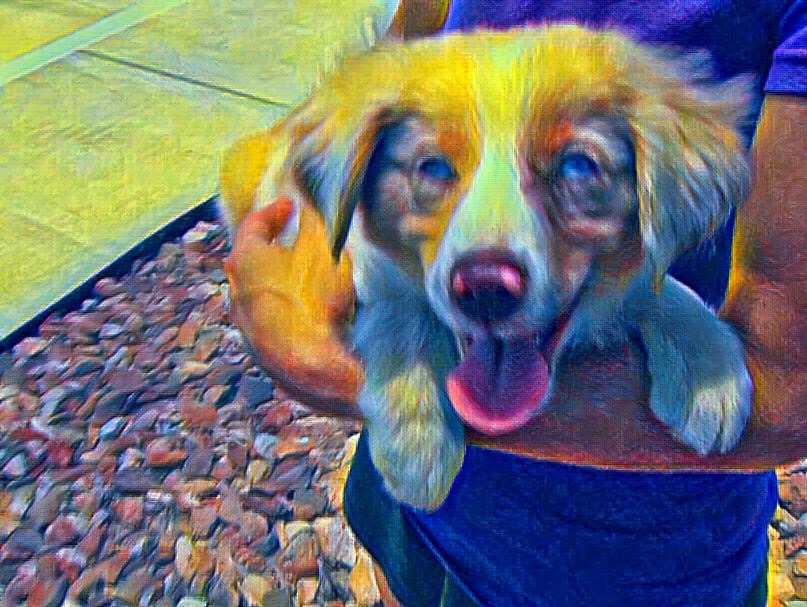 On the 23rd of June 2017, Myratia Cooper was charged with a felony. It wouldn’t be until the 26th that she was able to come up with the money to a pay a bondsman for the $3,000.00 bond that was requested by the state and set by the court. At a conference a couple of weeks later the state through Assistant District Attorney Madison Holder (Ms. Holder no longer works at the Pittsburg County District Attorney’s Office), offered Myratia Cooper a five-year deferred sentence. Essentially that would mean that Myratia would be on probation for five years, two of those five years would be supervised by the District Attorney’s Office (This supervision is really just an opportunity for the District Attorney’s Office to require a probationer to pay them $40 a month for two years. And unlike the credit card company, when you don’t pay the District Attorney then they can file an Application to Accelerate your deferred sentence and threaten you with prison for payment.), she would have thousands of dollars to pay in fines and costs, and would only have to swallow her pride and plead guilty.

If Ms. Cooper decided to maintain her innocence then she would be confronted with the threat that any offer would be pulled and the state would only pursue prison time. That is the typical threat if a defendant exercises their constitutional right (under the Oklahoma Constitution) to have a preliminary hearing in Pittsburg County and is fairly common in counties across the state. A preliminary hearing is only to establish that probable cause exists to believe that a particular crime was committed and the defendant may have been the person to have committed the crime. What that means is that we are just making sure that at least enough evidence exists that if we went to trial, we would not be wasting a jury’s time.

That was the case for Myratia Cooper when we appeared for preliminary hearing in front of the Honorable James Bland on July 31, 2017. During the preliminary hearing, Kasandra Scott, testified that she had purchased the puppy that is the center of this controversy, and that it was worth about “$1500.00”. This is actually very significant especially when Ms. Scott testified on cross-examination that she purchased the dog for “$900.00”.

Do you recall when I referred to the charges in this case as being creative? Well here’s why. Myratia Cooper was charged with Larceny of Livestock and Implements of Husbandry. In recent years “dog” was added to the language of this law, and is included. In the very next section of the Oklahoma Statutes is the crime of Larceny of Property and states that “all animals of dog kind whether male of female, should be considered personal property of the owner thereof for all purposes”. Beyond that, the very next section of the Oklahoma Statutes says that if the value is under $1000.00 then it shall be treated as a misdemeanor. My argument was that this is a family pet, its not livestock and its value is less than $1000.00 so this should be a misdemeanor matter at most.

Judge Bland took the matter under advisement, meaning he decided to take some time and think it over before making his ruling. After taking some time he decided that he would not grant our request, but left the matter to be reviewed by the trial judge, Tim Mills. Before closing the record he did make some remarks about the case and how he felt he had to bind it over (continue to allow it to go forward) because the state of the law is that the burden for the government is so low at this stage, unlike the burden of “beyond a reasonable doubt” at trial. For any slightly knowledgeable attorney it was clear that the judge was giving an opinion about the strength of the case in moving forward at all. Ms. Holder was in the courtroom at this time and would have heard this same message, however she either did not catch the judge’s message or didn’t care, because this case certainly went forward.

The case did move on through the system and around the end of October of 2017, myself and Myratia found ourselves in Judge Mills court announcing that we were ready for trial. The government continued to refuse to find a solution to this that would not include Ms. Cooper being on supervised probation for several years, while under the threat of a felony, and paying thousands in fines, costs, fees, and money to the District Attorney’s office for supervision fees. Her trial was scheduled to begin on the 6th of November, 2017. However, before a jury would hear this case, Judge Mils would first have to decide the same legal question that was put before Judge Bland.

On November 1st, Judge Mills heard that argument. Again, I was present for Myratia and Maddison Holder was present for the State of Oklahoma. The judge listened to both sides. He had already read the briefs and taken some time to look at the issue himself. When the arguments were concluded he waited for a period of time before he issued his ruling. We all stood in the courtroom, as Judge Mills appeared to silently debate the issue in his mind from the beginning. He looked to the air conditioner vents in the ceiling over his bench. His eyes seemed to trace the crown molding that occupied what would have been the empty 90-degree space of an ordinary ceiling to wall relationship. Then his eyes peered down as if he were concerned with whatever may have just crossed over the tops of his shoes.

Then he ruled. This was a problem. He didn’t know what crime the defendant should face at trial and the statute did not clear the matter, but instead muddied it even more. He said that he hoped by dismissing the case it would bring attention to the issue and the legislature could correct the problem once and for all.

As you can imagine Ms. Cooper was more than relieved. She had been through quite an ordeal and along the way had to confront herself. She was and is a good person, but it had felt like an entire town had turned against her, called her a bad person. Everything she had spent a lifetime building up to that point, her reputation, had been destroyed. She often asked me if I thought she had done a terrible thing. My answer was always the same. I told her she was not a thief, but at most just well-intentioned person that maybe could have done things a little differently, however in the end she had become more a victim of sensationalism and internet clickbait. It could have all ended here. It wouldn’t be a perfect ending, Myratia was still without her reputation, but that’s common. The criminal justice system does not allow for one’s reputation to be returned to them after an accusation, just the belongings they had on them when they were arrested.

It did not end here, the Pittsburg District Attorney’s Office appealed. I had to tell Myratia that she could still face trial and the possibility of prison. She would live under that threat for while the Oklahoma Court of Criminal Appeals reviewed this case. It wasn’t until the middle of December 2018, over a year later that they made their decision. The Appellate Court reversed Judge Mills’ ruling. We were back on for trial in March.

The March date came and now First Assistant Adam Scharn was representing the state. Ms. Holder had left some time before for another job. Since Ms. Holder’s departure we had worked out a deal to try the case to a judge rather than a jury. Myratia waived her right to a jury trial and we set the case to be tried just to the judge. This was a strategic decision. I felt that the court would be more sympathetic to the Defendant’s state of mind than a jury might be at this point. Either way the risk was extraordinary, but I felt confident in our defense. I felt confident in Myratia, I know she wasn’t trying to steal any animal, and that would show through in the end.

That trial would be set twice before this case would finally come to a conclusion. The trial would be moved once because the witness for the state, Ms. Scott, did not show up. The Court let the government have another chance to bring their witness and their case to trial, and on July 22, 2019, we all showed up ready for trial again. Each time we did this Myratia would have to mentally prepare herself for possibly having to go to prison and leave her small children behind. Hours and hours of preparation for trial would go into this each time. Preparing for something like a trial, jury or non-jury can be some of the most intense and pressure filled moments an attorney will ever feel in their career.

The state had no witnesses again. Mr. Scharn turned to the court and announced their desire to dismiss the case. The judge granted their request and adjourned the matter.

Yes, there was relief. There was happiness. I remember feeling both and I know Myratia did because she told me so.

Time has passed and I have had the chance to reflect on those feelings. I am happy at the good result for Myratia. I am happy that this case really didn’t ever go to trial. Yet I do have bitter feelings. Should this case with these facts really have gone as far as it did? Could this have been resolved with responsible community policing that didn’t even need to involve the District Attorney’s office? Was this a reflection of how the system should work, or a good example of how it’s not supposed to work? There is no easy answer, that’s probably the point, there never is an easy answer, we are all just trying to do our best out there.