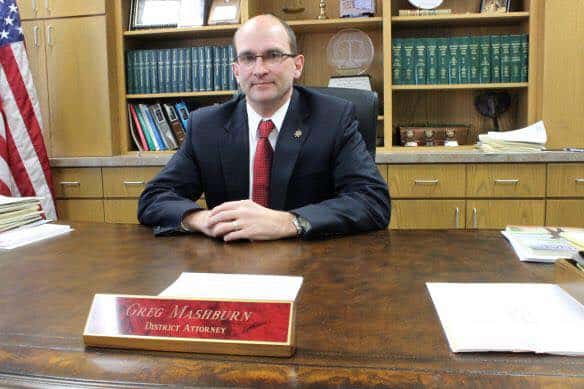 The Oklahoman and Norman Transcript are reporting that elected District Attorney Greg Mashburn has no intention of discontinuing efforts to prosecute the good people that owned and worked at The Friendly Market. Despite that three different juries have refused to agree with Mr. Mashburn’s wild misinterpretation of state law, he has the audacity to blame the good people at The Friendly Market for this slow march toward insanity.

“Nothing changes,” Mashburn said Tuesday. “It is still against the law and I will still proceed to prosecute the other cases.”

In an email to The Oklahoman, Steven Roberts, who served as jury foreman, described the deliberation process as “intense.”

“While we were all able to unanimously state ‘not guilty’ and turn that verdict in for each of the 13 counts against the defendants, we all reached that conclusion for different reasons and at different times,” Roberts said. “I sincerely hope that in that way we were able to give peace and justice to both Mr. Holman and Mr. Cox, as well as to the City of Norman, and at the same time accomplish our duty as was our oath, to be fair and impartial.”

“If they want a jury trial, we will take them to a jury trial — the ball is in their court,” Mashburn said. “That’s the whole deal. We’ve always been amenable to working this out and they haven’t been willing to do that.”

I should point out that Mr. Mashburn doesn’t “take” anyone to a jury trial. It is this kind of arrogance that has proves that Mr. Mashburn’s continued service at the will of the citizens of Cleveland County should be the subject of healthy debate.

During the trial the lead detective, Rick Newell, was asked if the jury found that this was not paraphernalia, would he respect their verdict. He answered in the affirmative. Detective Newell’s respect for the jury system appears to be lost on the elected district attorney Greg Mashuburn. Mr. Mashburn who serves at the will of the people of Cleveland County has no respect for their voice. The amount of arrogance required for this stance is stunning and frightening for the people that live and work in his district.

Do you think the jury system should matter? Thomas Jefferson wrote :

“I consider trial by jury as the only anchor ever yet imagined by man, by which a government can be held to the principles of its constitution.” –Thomas Jefferson to Thomas Paine, 1789.

It just so happens that I said this quote during our final argument. Mr. Mashburn can be contacted at 4053218268. Give his office a call and let him know that you are another voice, and that he serves at your pleasure, not the other way around.