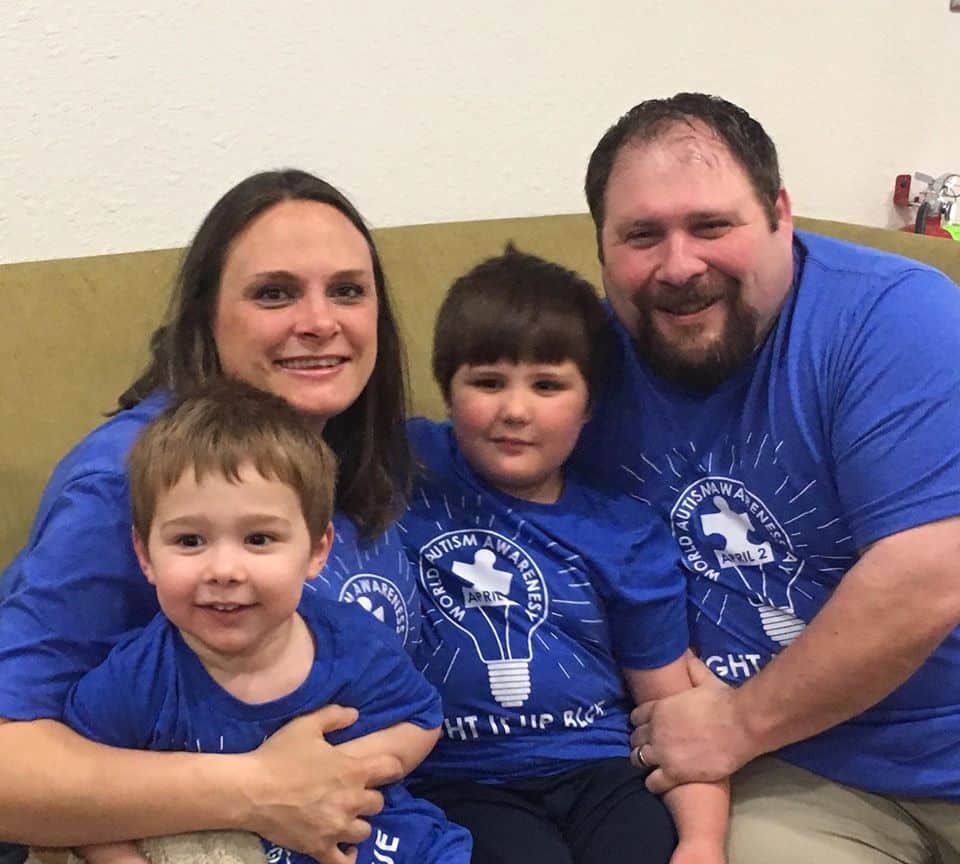 Kate and I were so excited when we found out she was pregnant with Bryce. I was working for a law firm in Eufaula at the time, it seemed as though I would float during the thirty mile drive home to McAlester after work each day. Kate was the perfect protective mother during her pregnancy, she was careful about what she ate, conscious about taking her vitamins, and ever cognizant of the safety of our child she was carrying. We studied the stages of her pregnancy together, and would purchase the latest contraptions to listen to the heartbeat steadily thumping away in her tummy. I can even remember the exact location I was sitting on the couch next to her when I finally got to feel little Bryce kick his mama for the first time.

Bryce was born on January 25, 2011 by a scheduled C-section, when he still had not decided to come out a few days after his due date. I held him the seconds after his birth and was overcome with the purest and most absolute feeling of joy and love (a feeling that I would only experience one other time to date, when his brother Jakob was born in 2015). Bryce was a beautiful infant, and so sweet and peaceful.

We got Bryce home and made a family. We marked his milestones with excitement. Kate and I soaked in each day, we took pictures, and made videos, knowing that every moment was special and worthy of preserving for a lifetime.

Diligent as we were in marking Bryce’s progress, we began to notice that he was falling behind in meeting some milestones. In particularly we noticed that he would seem to not hear us, and wouldn’t point or try to get our attention. I started to be concerned that he may have hearing issues, it was Kate that first raised the possibility he may be autistic. The idea that my child could be “flawed” to the point of having a neurological disorder was unacceptable to me, and I refused to entertain the thought. Sinful pride can be so alluring.

We started having tests performed, screenings. We went to local providers, we traveled to out of town providers. With each screening and test it became more and more clear that Bryce was physically fine in every way. Kate was our rock. My path to acceptance finally ended when Bryce was diagnosed with autism at three years old.

Although the path to acceptance felt long and difficult for me, the transition to advocacy and determination proved to be relatively easy. Once we as a family understood that Bryce was autistic the search for therapy, treatment and education began, and continues to this day.

Bryce is non-verbal, which means he doesn’t have any words. He doesn’t refer to me and Kate as mommy and daddy, he doesn’t refer to us at all. He can’t tell us when he is hurting, sad, angry or happy. He is six years old and I don’t know what his favorite color is, or what he wants to be when he grows up. He doesn’t have a best friend or any friends, and planning birthday celebrations are a source of nervous angst. Myself and Kate tell him at the beginning and end of everyday that we love him and many times in between, he has never said the same. He has meltdowns, often times with no warning, that will result in him harming himself to the point of leaving bruises, black eyes, and bloody lips. We have to lock everything, and are scared to death of him being out of our sight, or just walking out the front door. Our home is in a constant state of disaster, which results in us rarely inviting anyone over. We are socially isolated to a great degree, we can’t just get a baby sitter, and when we do go out there is no guarantee that we might have to make our leave within minutes of arriving. Our friendships and family relationships have suffered and we find ourselves repeating the same mantra that “people just don’t understand”.

It sounds terrible. One would have to think after reading that that having a child like Bryce must be the worst thing possible. It is actually the greatest thing that has ever happened in my life.

Bryce is not fake. He is not inhibited by the social restraints of tact or susceptible to the lure of deception and sarcasm. His actions and emotions are pure and in real time. His hugs are deep, long and physical, there is nothing obligatory about them. The only thing that may preclude a relationship with Bryce is one’s own hesitation, he is a gift in so many ways. I try to model my curiosity and acceptance of others after him, and his natural sense to give away love and affection spontaneously is inspiring in so many ways.

I believe that it is the fear of violating or offending typical social mores that drives many families and parents of autistic children to avoid the world, we have confronted that ourselves. Awareness is the ultimate cure to autism. Awareness results in research, treatment, support, and acceptance. We parents of autism know that we have a beautiful gift in our presence, but fear that the “normal” world cannot see it. That child having a meltdown in the store, or causing a ruckus in church isn’t necessarily spoiled or lacking discipline, he or she might be autistic. If people could have the opportunity to see our kids in a different moment they would understand how truly special they are.

I cannot speak for others, but I and Kate for that matter, have never turned down the opportunity to inform those we interact with that Bryce is different. I want people to ask. I want to tell our story and share. These days I have a different pride. I have witnessed that every person that allows Bryce to be a part of their life, even for just a moment, can’t help but feel strongly for him. This is not a feeling of sympathy, although it may begin that way, but more than anything Bryce gives joy.

We want to share joy, and it can be found in a relationship or interaction with any child on the autism spectrum. This should be what motivates our families, friends, neighbors, and communities. Reach out to these families, learn more, open your heart, and let these boys and girls give you their gifts. They are more generous than you know, and being different is beautiful.

Please “Light it up Blue” this April for Autism Awareness, encourage others, and find out more about autism. I promise that you will find that any effort will be rewarded in ways that you never expected.

I want to hear your thoughts. I know that this page reaches thousands of people and is a great opportunity to start a conversation. Do you know a child with autism? How has he/she had an impact on your life? Are you a parent of a child on the spectrum, and would be willing to share? If so, I hope that you would consider it so that we can honor you. Please, if you feel inspired to leave a comment at all, do so, let’s talk about it, let’s raise awareness together.