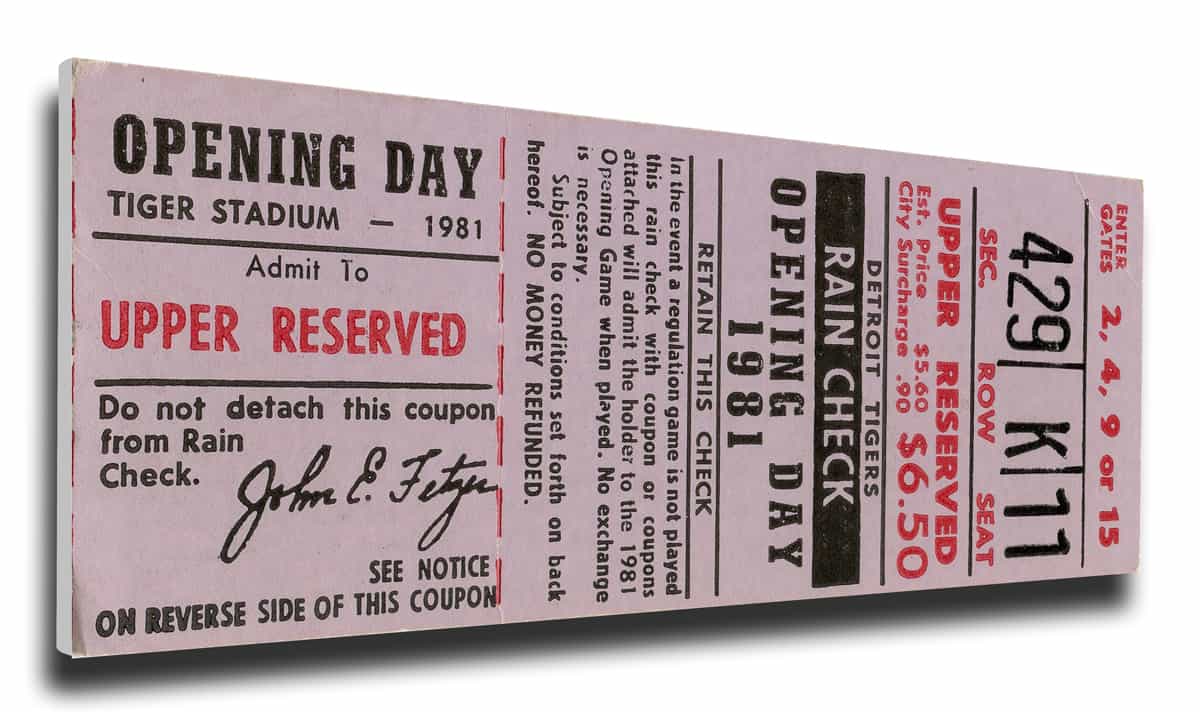 I love sports, and my first love is baseball. I grew up going to watch baseball with my dad, and whether it was in Busch Stadium to see the Cardinals, Kaufman Stadium to see the Royals, or over at Hammonds field to see the local high school kids, I loved going to games with my Pop. Today marks the first official opening to the 2016 MLB season, and in honor of that I decided to share the story of Billy Dillon.

To a sports fan arguing about who was “the best” is ritualistic. Would the 85’ Bears beat the 72’ Dolphins, or how many home runs would Babe Ruth have hit if he were playing today? Then there are the stories of the “never was’s”. Would Len Bias have been an all-star? What happened to those great prospects that never made it onto our televisions and into our almanacs? This is one of those stories.

Imagine having it all, Billy Dillon did. He was young, 22, good looking, and he was about to sign a contract with the Detroit Tigers. Billy was 6’4 muscular and had a 90 mph plus fastball, and a decent curve, slider, changeup, and split-finger. He had been noticed at a tryout and the Tigers called and told him they wanted to put him through one more tryout then into their farm system and develop his raw natural talent.

The last day of Billy Dillon’s charmed life was August 22, 1981. He was sitting in his half-brother’s Monte Carlo smoking a joint and listening to the radio in Canova Beach, Florida. They were in a beach parking lot with the intentions of next going to a favorite bar, when a man and woman began walking straight toward them. Billy noticed the pair and quickly snuffed out the marijuana cigarette on his palm. The two Brevard county detectives rapped on the Mote Carlo’s passenger window, where Billy was sitting.
He rolled down the window and nervously spoke to the detectives. To his surprise they weren’t interested so much in the joint that Billy assumed they had smelled, but instead a murder. They asked Billy if he knew anything about a murder that occurred near where they currently were. Billy responded that he only knew that it happened “over there” and pointed. Little did Billy Dillon know, that response would change his life forever.

On August 17, 1981, 40 year-old James Dvorak was found naked and beaten to death in Canova Beach Park. The man’s face had taken the most significant trauma, and although no murder weapon was ever found, officers believed that a tree branch may have been used in concert with fists, due to the fact that the victim had bark in his mangled mouth. The body was located near a spot commonly referred to as “queer pier”, where gay men hung out to meet and have sex.

The police could not determine a clear motive, but did label it a robbery, despite the fact that Dvorak’s jeans were found nearby with his wallet still in the pocket. By the time detectives met Billy Dillon on the 22nd, days had passed without any real solid leads, and the tourist dependent town of Canova Beach was in need of an arrest.

Billy Dillon’s response on the evening of August 22nd, struck the detectives as odd. They asked him if he would go with them to the station and answer some more questions. Billy, still cupping a joint in his hand, declined. The detectives pressed and Billy agreed to come down the following morning. When the detectives left Billy and his brother made it to the bar and partied into morning. He did not go to the police station for that meeting the following day.

Police did have some leads. One in particular came from 56-year-old John Parker. After hearing about the murder on the news he called the Brevard County Sherriff’s office. On the night of the murder, around 1:30 AM Parker had pulled his pickup truck into the Canova Beach Park parking lot. He was there, like most men that frequented the park at those hours, for a clandestine sexual encounter.

Out of the woods near the park appeared a man in a yellow T-shirt streaked with blood. He came up to Parker’s truck and told him his name was Jim, that he couldn’t find his car, and wanted to know if Parker could give him a ride to a bar down the road. Parker asked about the blood on Jim’s shirt and he explained that he had just been in a bar fight. Parker accepted the explanation, and shortly after getting into the truck the man named Jim accepted $20 from Parker in exchange for oral sex. The next morning Parker noticed the size small yellow T-shirt, soaked with blood, the words “SURF IT!” emblazoned across the front.

Police had a piece of evidence, but no suspect to tie it to. Investigators began to focus on locals, maybe someone saw something, or the name of someone capable of doing this would come up. Indeed, a name did keep coming up. Sgt. Charles Slaughter kept hearing about this kid Billy “Wild Bill” Dillon. According to the Sergeant’s sources, this guy told crazy stories about hitting on gay men, leading them on, and then beating them up and robbing them. “Gay bashing” or “rolling queers” was an acceptable sport at the time and a sign of one’s manhood, or certifiable proof that “basher” or “roller” was in fact not a homosexual.

Now, no person had ever claimed to see Billy Dillon partake in such an activity, and the stories of his accomplishments in the queer rolling arena were most likely embellished, or fabricated by Billy himself, however he had another problem. Billy Dillon was an asshole. He was the quintessential good looking, athletic, arrogant prick, that we have all come to know and love at some point in our lives. The same people that worshipped at the feet of Billy Dillon or happily endured his abuse in his presence, were quick to talk about all his faults to the detectives. When detectives mentioned it, these same detractors seemed to remember seeing Billy wear a yellow T-shirt with “SURF IT!” on it, as well.

A few days after Billy had blown off that promised meeting downtown, word got back to his that detectives were asking around about him, and were even showing people his picture. On August 25th the confident, young Tigers prospect went to meet with detectives, expecting to clear all this nonsense up.

He went alone to the station without an attorney. He didn’t feel there was a need for such formalities, after all he knew he had done nothing wrong, and it would all work out. Life always just seemed to work out for Billy Dillon, always had. He happily waived his Miranda Rights and invited the detectives to fire away.

They did. The first question they asked was where Billy was the night of the murder. One would think this would be an easy question to answer, and also a question that you would be expected to answer. However, Billy Dillon didn’t have an answer. When your life is one long party and someone asks you where you were in the early morning hours of August 17th, well it suddenly dawns on you…”I don’t know”. The best Billy could do was give the detectives a few names of people that might know where he was better than he could, he honestly had no idea, and wherever he actually was, he was probably drunk, high, or most likely both.

The detectives asked more questions, but kept the interview light and cordial. They allowed Billy to talk, and appeared to accept his lack of detail about his whereabouts with understanding. The entire event seemed like Billy thought it would be, just a formality, gotta eliminate the innocent, narrow down the population to that of only REAL suspects. After the detectives concluded with their questions, they had Billy sign something, just another formality, one they decided they didn’t really even need, and invited Billy crumple up the paper and toss it. Then something strange happened, they told Billy to crumple it up even more, happy to please, Billy did just that. With the meeting over, the detectives called Billy’s mom to come and pick him up.

That evening, about 10:30 PM, the detectives appeared at Billy’s parents’ house. They asked him to go with them, they just had some more tests for him, and if he passed they would leave him alone. Joe Sr., Billy’s father, questioned whether Billy should go. However, Billy Dillon, confident with the knowledge of his innocence, agreed to leave with the detectives. 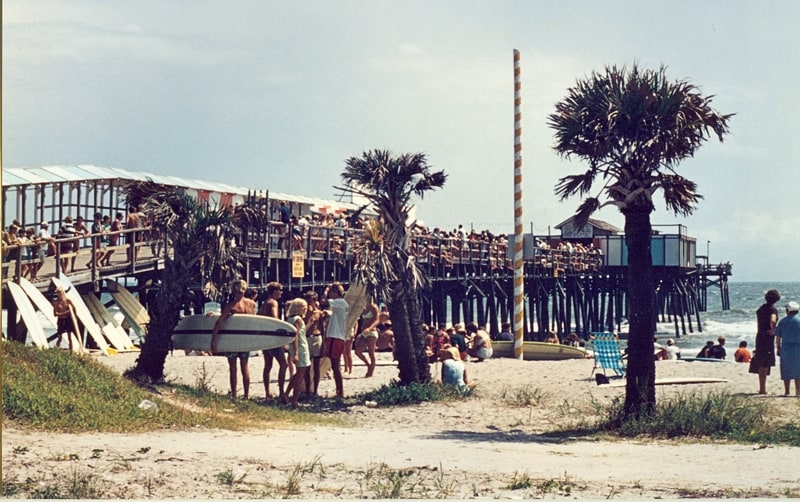 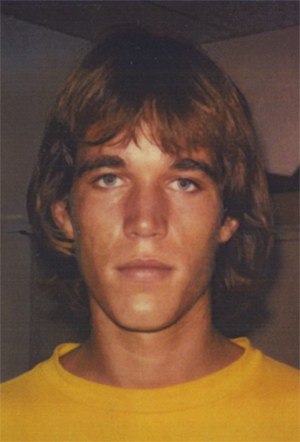 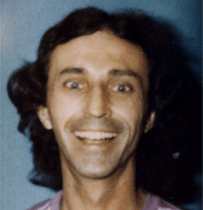