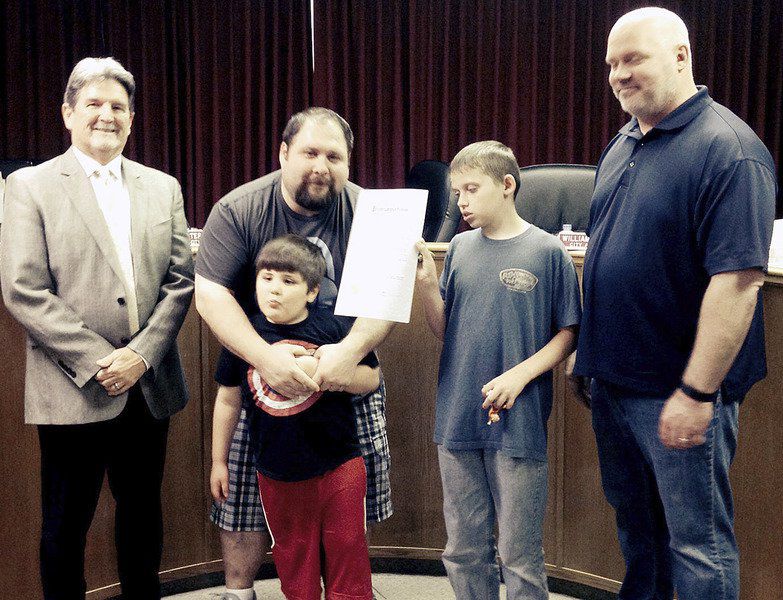 Thank you to the McAlester News Capital and James Beaty for writing a great piece on the Mayor’s proclamation and spreading awareness.

The article reads as follows:

It may seem like a small step, but the parents of children with autism spectrum disorder are hopeful it will help raise awareness in the community about the challenges faced by children with the condition, as well as their families.

Brecken Wagner is one of those who is hoping for more awareness about autism.

Wagner said there are very few services for children and others with autism in southeastern Oklahoma, including McAlester.

“Our state is woefully behind and our community is as well,” Wagner said.

He said change will come only through awareness and that even a gesture such as the signing of the mayor’s proclamation can have a huge impact.

“Some aren’t diagnosed and some do not need school services,” she said.

Services are available for those who need them, said Baxter.

“We serve students from 3-years-old to 21,” Baxter said. Classes vary. Some classes are self-contained while other students attend regular classes.

“It’s very individual-based,” Baxter said. Many autistic students “are more than capable of going to class, graduating and going to college,” she said.

Over about the past 10 years, MPS has seen an almost 100-percent increase in the number of students diagnosed with autism spectrum disorder.

Baxter said she’s not aware of any research to show why the numbers have increased.

“We are getting better at diagnosing,” she said. Baxter also spoke of a college professor who has autism and who has had a remarkable impact upon the field of agriculture.

“They are more than capable of being part of our community,” Baxter said. “They need a little bit of help.”

Asked how a school determines if a child is autistic, Baxter said often a child has already been diagnosed by a pediatrician by the time the child gets to school. She encouraged parents who are concerned as to whether their child has autism spectrum disorder to see a medical professional. If a child does have autism, the diagnosis can be important as to what steps the school should take.

The proclamation signed by Mayor Browne notes that he declared April 1-8 as Autism Week in McAlester because:

• Autism is a neurological disorder that interferes with the normal function of the human brain and can affect anyone, regardless of ethnicity, gender or socioeconomic background;

• Symptoms and characteristics of autism may present themselves in a variety of combinations and can result in significant lifelong impairment of an individual’s ability to learn, develop healthy interactive behaviors and understand verbal as well as nonverbal communication;

• It is fitting and proper to ensure that individuals living with autism have access to lifelong care and services needed to achieve their greatest potential;

• Families and caretakers of children and adults with autism are in vital need of their community’s support.

That’s why Wagner is hopeful an act as simple as signing a mayoral proclamation can help make a difference.

“It’s events like this” that can make awareness happen, he said.