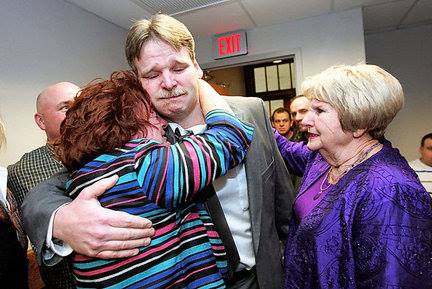 10 Apr Jailhouse Snitches and Prosecutors that use it

JAILHOUSE SNITCHES, THEIR TESTIMONY, AND THE PROSECUTORS THAT USE IT TO GET FALSE CONVICTIONS.
Recently our friends at The National Registry of Exonerations looked back through their list to determine the amount of cases on their registry that included testimony by a jailhouse informant. Unfortunately it is not a rare situation for the State to offer a jailhouse informant as a witness, someone who is strongly motivated to lie in order to receive something in return. More often than not the prosecutor will mislead or withhold the deal they have struck from the defense, and as a result innocent people have been sent to prison, even death row, and in the case of Cameron Todd Willingham executed.
Willingham was executed in Texas in 2004, based upon forensic evidence that was later discredited and the testimony of a jailhouse informant. That informant recently came forward and said that his testimony was false and procured by the prosecutor as the result of a secret deal. Also recently in Orange County, California, the District Attorney has come under fire after an illegal and secret program of using jailhouse informants in murder prosecutions has come to light.
So what’s the breakdown according to the Registry? Eight percent of all exonerees in the Registry were convicted in part by testimony from jailhouse informants, 119 out of 1,567. They are concentrated among the worst crimes: 102 out of 119 are murder cases, 15%, of all murder exonerations, compared to 2% of all other exonerations (17/900). Among murders, the more extreme the punishment, the more likely we are to see a jailhouse informant, ranging from 23% of exonerations with death sentences to 10% of murder cases in which the defendant received a sentence less than life in prison.
Individuals are at extreme risk of being deprived of their liberty and life when the overzealous prosecutor remains unchecked. The most common misconception of the criminal justice system is that it serves the “loopholes” provided by the Constitution, and two hundred years of interpretation by our appellate courts. I could not begin to count the amount of times I have heard that someone “got off” or “fell through the cracks” because of a “loophole” or “technicality”. I don’t believe in loopholes, but I do believe in oppression of individual rights and freedoms and aggression by the state to satisfy the desires of the masses.