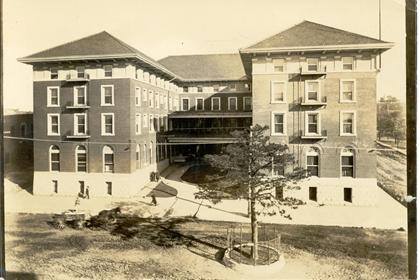 06 Oct IN THE PRAIRIE COAL FIELDS

Oklahoma has such a rich and beautiful history, and Southeastern Oklahoma is not an exception. The following is an excerpt taken from The National magazine article entitled “The Story of Oklahoma”, by Joe Mitchell Chapple. Published in April of 1908, it appears to be the travel diary of an east coast writer exploring Oklahoma. The excerpt itself comes from a portion of the article that explores Oklahoma’s rich coal industry and particularly Pittsburg County. I hope you like it as much as I did.

IN THE PRAIRIE COAL FIELDS

Each section of Oklahoma has some product to itself – in some places the visitor hears of nothing but cotton, and the common figures of speech all relate to that product. In another section the talk is about corn; while in a third the conversation turns on oil, its quality and the machinery used to get it out of the depths of the earth. As I passed out of the agricultural district and approached McAlester, in Pittsburg County, the talk was that of coal. In every direction may be seen the coal mines, dotted on the rolling prairies.

McAlester is a thriving city located at the crossing of the M.K. & T. and the Rock Island ‘Frisco Railroads, and has twenty-four daily passenger trains. The street railroads and handsome business blocks give an air of assured prosperity; the population is 15,000 but the city draws much trade from the tributary towns containing some 60,000 people, located along its sixteen miles of interurban railroad stretching eastward.

Pittsburg County has long been recorded as one of the richest coal districts in the state, and the output at McAlester is reckoned at 4,000,000 tons yearly, and it is said that there is enough coal here to supply the entire United States for one hundred years. The product is bituminous and of good quality, only three per cent being ashes, while Illinois coal shows eleven per cent. Oklahoma coal leaves few clinkers and emits very little Sulphur in burning. The coal resources of this section were first developed by Captain J.J. Mcalester, for whom the bustling little mining city was named. In addition to its wealth of coal it seems that there is no kind of fruit, vegetable or cereal that cannot be grown in perfection in this county. Right around the city 4,000,000 acres of land are covered with oak, elm, hickory, and ash, and it does not require a prophet to promise success to the man who starts an industry in McAlester. Jay Gould aptly said, “There are twelve reasons why this city will be the Pittsburg of the Southwest.”

It was a Sunday afternoon when I reached McAlester. The Puritan Sabbath of New England is not known here; business activities were in full swing, but I did not observe a single instance of drunkenness. Near the station is the famous Busby Hotel, one of the best hostelries of the West, and the pride of Honorable William Busby, who has been prominently identified with the development of this section. During dinner at the hotel an orchestra furnished music that would have done honor to a New York café; while the menu and service almost convince the traveler that he has not drifted far from Pittsburg in old Pennsylvania. MR. Busby is building for the city of McAlester, a large opera house which he intends to make one of the finest buildings used for this purpose in the Southwest. Here I met Mr. J.F. Elliot of Haileyville and a large number of coal operators in the district who make McAlester their Sabbath rendezvous and come here to have a real fashionable Sunday dinner.