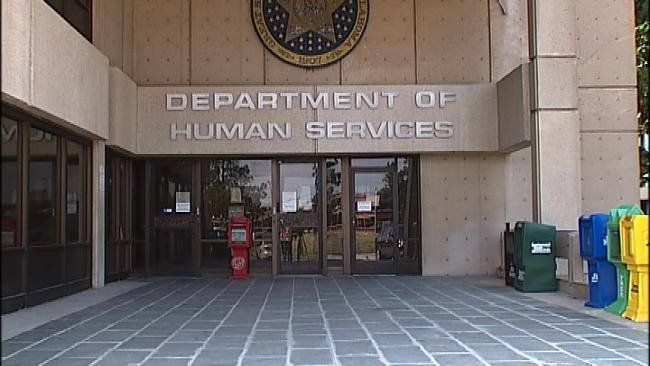 In the above cited 2016 case, the Oklahoma Department of Human Services (DHS) placed a child in the custody of her biological father. The father murdered the child ten days later.

The first issue was whether DHS was exempt from liability under the Oklahoma Government Tort Claims Act, 51 O.S. Supp. 2013 §§ 151-172 (GTCA). The GTCA is the exclusive remedy for an injured plaintiff to recover against a governmental entity in tort. Subject only to the GTCA’s specific limitations and exceptions, governmental entities are immune from liability. In pertinent part, § 155 of the GTCA provides, that “[t]he state or political subdivision shall not be liable if a loss or claim results from: . . . ; 29. Any claim based upon an act or omission of an employee in the placement of children[.]” In the instant case, the court found that because Plaintiffs’ claims against DHS were based on acts or omissions of DHS employees in the placement of the child, the plain and ordinary meaning of § 155(29) required a finding that no cause of action was available under the GTCA. Therefore, the Plaintiffs were denied their claim under the statutory law.

The second issue was whether the child’s constitutional rights were violated by DHS. The clear fact is, the Constitution and its protections and restraints on state power are above the statutory law. And in cases such as this one where there is no cause of action available under the statutory law (i.e., the GTCA), the court may turn to the Constitution for relief. Here, the court relied on the Due Process clause of the Fourteenth Amendment, which protects an individual’s life, liberty, and property against government actions. Generally, it does not require the state to protect life, liberty, and property of its citizens against invasion by private actors – such as the father in this case. However, the court here relied on one notable exception: state officials can be liable for the acts of private parties where those officials created the very danger that caused the harm. Christiansen [v. City of Tulsa], 332 F.3d [1270,] 1281 [(10th Cir. 2003)] – otherwise referred to as the “state created danger exception.”

In the present case, the court found that there were disputed material facts as to whether the state created the danger in question and may therefore be liable. Specifically, the court found, that the child was placed in a worse position than she would have been had the state not acted at all. The child had never known her father until DHS removed her from the custody of her mother and introduced her to her father. The father’s abusive tendencies toward the child were manifest long before DHS recommended to the court that the father be awarded custody. Additionally, DHS had been warned on multiple occasions by multiple parties about the father’s abusive treatment of the child. DHS kept all that information from the lower court when it made its placement recommendation.

The court further held, that as to children in state custody, Oklahoma’s due process clause prevails over the GTCA with regard to placement decisions that are made recklessly in conscious disregard of a known or obvious risk of serious, immediate, and proximate harm to the child, and where the state actor’s conduct is “conscious shocking,” a cause of action arises against the state under the due process clause of the Oklahoma Constitution.

The case was remanded for further proceedings.