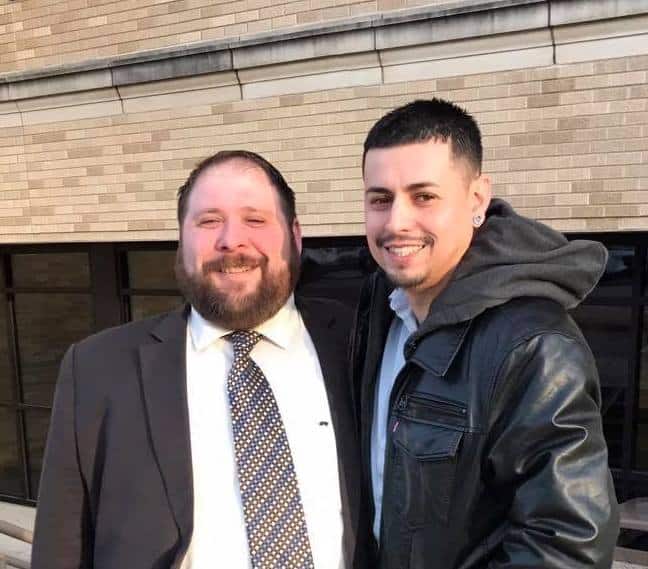 Mr. Merritt began his opening statement by reading the charging information in his soft and non-threatening style. He next began to lay out the events that occurred that night just as Sergeant Winn had described in his report. He focused on the language that Winn had used, “unsteady on his feet, blood shot eyes, an odor of alcohol about his person, slurred speech”. He spoke about the tests that Sergeant Winn had performed and how all of this led to one conclusion, the defendant was intoxicated and under the influence of alcohol. As he proceeded toward that conclusion he began to raise his voice from its naturally quiet state to a more authoritative, flat, no-nonsense tone.

As the prosecutor spoke, Sergeant Winn, who had spent the entirety of the proceedings up to this point tapping away at his smartphone, appeared to begin to listen for the first time. As Mr. Merritt reached his crescendo, the Sergeant turned his head and looked across me to Reuben. As he did the sides of his mouth began to curl into a smile. I leaned forward in my chair and said, “Can I help you with something Officer?” loud enough that it momentarily interrupted Mr. Merritt’s next line. Sergeant Winn immediately withdrew into his seat with a noticeable flop, appearing to have been caught at something. The jurors looked toward us in a moment of distraction as the prosecutor informed them that he would be coming back to them at the close of the proceedings and asking for guilt.

When it was my turn to give our opening statement I approached the jury and began telling Reuben’s story from the beginning. I explained how he had worked the evening before at the restaurant. I explained that he needed as many shifts as he could get given his recent demotion because of his injury. I wove the jurors through a day in Reuben’s life, a day that would end with his interaction with Sergeant Winn.

When it came to describing how Sergeant Winn had really conducted himself that night, I didn’t hold back. I described how he quickly made up his mind that Reuben was drunk, refused to give him any tests, and then assaulted Reuben, threatening to injure him severally. Occasionally I looked back to the Sergeant in acknowledgment that I was indeed talking about him. On each occasion I was greeted by a hard fixed glare.

The prosecution first called the delivery driver. He testified about the erratic driving he had witnessed, but did not make any conclusions or guesses as to what could be the causing the driver to act in such a manner. I thanked him for his testimony, and did not ask any questions.

The state next called Sergeant Winn. He took long steps up to the witness stand, shifting his gun belt, before easing himself down into the chair. The first series of questions surrounded the Sergeant’s training, his experience, and his knowledge. He began to describe the events of the evening as if he were reading directly from his report. He spoke about “blood shot eyes”, “odor of alcohol about his person”, “unsteady on his feet”, and “slurred speech”. However, during this recitation, he veered for one moment and recalled a specific conversation he had with Reuben.

“He told me that he was going to get an attorney, and his family would get him out of this. He said he would have my badge,” Sergeant Winn spat.

None of this was in Sergeant Winn’s report, and Reuben began to have a physical reaction to the Sergeant’s sudden total recall. I reached to my client and gave a signal for calm. On the inside I was raging. This was a landmine. This was an obvious attempt to prejudice the jury. And it appeared to be a surprise to not only myself, but the prosecutor, Mr. Merritt, as well. Sergeant Winn concluded his testimony with an affirmation that the defendant had indeed been intoxicated and refused to take a test to prove otherwise.

I began my cross-examination by questioning the language Sergeant Winn used. I called his descriptions “standard language” and was successful in getting him to agree with me that these descriptions were the language he was trained to use. I subtly pointed out that he had failed to really tell us what he observed. He just kept repeating that those are the things he saw. Next, I attacked the field tests he claimed to employ. I questioned his knowledge of the proper way to perform these tests in an attempt to establish that even if he had performed them he would have done it incorrectly.

Then those statements he remembered Reuben making. He hadn’t put that in his report. Sergeant Winn claimed that was so because the statements weren’t really relevant to the DUI itself. I pointed out that these are now irrelevant statements, but he was sure that this jury needed to hear them today. I asked what about the fact that Reuben had requested a breath test, Sergeant Winn did not recall. I asked who the other officers were that assisted him, but Sergeant Winn did not recall if any other officers assisted him.

“So, you’re telling me and this jury you can’t recall if my client asked for a test to prove his innocence or the presence of other officers, but you clearly recall these inflammatory statements?”

I next asked Sergeant Winn about squeezing and injuring Reuben’s hand and his threat to break it. The Sergeant, now showing some irritation with my inquiry, leaned forward in his chair and through gritted teeth growled, “I never did that, I never touched him, I never used any force.” I showed my palms and said, “Okay, calm down.”

Next Reuben would take the stand. He explained to the jury what he was doing the night before and why. He acknowledged that he regretted getting behind the wheel. He did not dispute the testimony of the delivery driver and told the jury how it scared him when he was awoken by the rumble strips as he nodded off. When we got to the part in his story about meeting Sergeant Winn, I asked him to come down off the stand and act out his testimony for the jury. He showed the jury how Sergeant Winn interacted with him and how he had grabbed his hand.

Next Mr. Merritt began to cross-examine Reuben. He attacked Rueben’s credibility by pointing out the obvious, this was the word of a defendant verses that of a law enforcement officer. He questioned Reuben’s version of the facts and began to narrow in on the salacious allegation that Sergeant Winn had become physical with him.

“So did you seek medical attention for this injury?”

“No, it was just some bruising and swelling, so no.”

“Did you take pictures of these so-called injuries?”

(Note to Reader: this was news to me.)

“Do you have these pictures with you here today?”

“Yes, right here on my phone. I saved them.”

(Note to Reader: again, this was news to me. Please always tell your attorney if you have pictures, and I promise from this day forward I will always ask that question.)

Mr. Merritt quickly moved on after Reuben held up his phone indicating that the pictures were stored there.

When asked if I had any more questions I leapt to my feet and said, “Reuben, let me see your phone.” The prosecutor quickly objected and we approached the bench. He was right these pictures had not been exchanged in discovery, but that was because I didn’t know anything about them. The judge agreed with me that the state had opened that door by asking about them and now the jury was going to see them.

I passed Reuben’s phone to the jury. It contained three pictures of Reuben’s swollen left hand, taken the day after he was arrested. It showed that Reuben had suffered some bruising and swelling, but more importantly it showed that Sergeant Winn’s gritted-teeth denial was performance not sincerity.

In his closing argument the prosecutor stuck to the script. He went over the same facts he had laid out in his opening, ignoring the picture issue, and reciting the Sergeant’s observations.

I spoke to the jury about Reuben’s story. I specifically attacked the language both the Sergeant and the prosecution had used throughout the trial. I told them that wasn’t a story, but instead standard language used to support a conclusion, and in this case a false conclusion.

“If someone comes up to you and says ‘Hey did you hear that cousin Jimmy was drunk at the family reunion?’ you would say, ‘How do you know?’. Would that person say ‘Well he had bloodshot eyes, slurred speech, was unsteady on his feet, and had an odor of alcohol about his person.’? No, they would say, ‘Well, he took his pants off and jumped out the window!’.”

The jurors, including Juror No. 5, laughed, but the point was made. The prosecution had spoken to them all day, but had failed to actually tell them anything. On the other hand, Reuben told them what happened that night, and then showed them what happened that night as well. I explained that if they believed Reuben’s story was possible, then they could not convict him.

Judge Sullivan excused the jury, and they left to deliberate. I, as I always do when the jury gets the case, immediately left the courtroom to take a walk. I walked down the stairs to the second floor and entered the office of another judge. I had just said hello and sat down, when there was a rapping on the judge’s glass door. I noticed my associate Jared, and waived him in.

Jared opened the door stuck his head in and said, “The jury is back.” Together we went back up the one flight of stairs and into the courtroom. Seconds later, the jury entered and the foreman read the verdict. I watched Juror No. 5 the whole time as the foreman read through the document finishing with, “not guilty.”

In all, the jury spent about five minutes to make their decision, but I will remember the courage I saw in a young man named Reuben Gutierrez Jr. for many years.