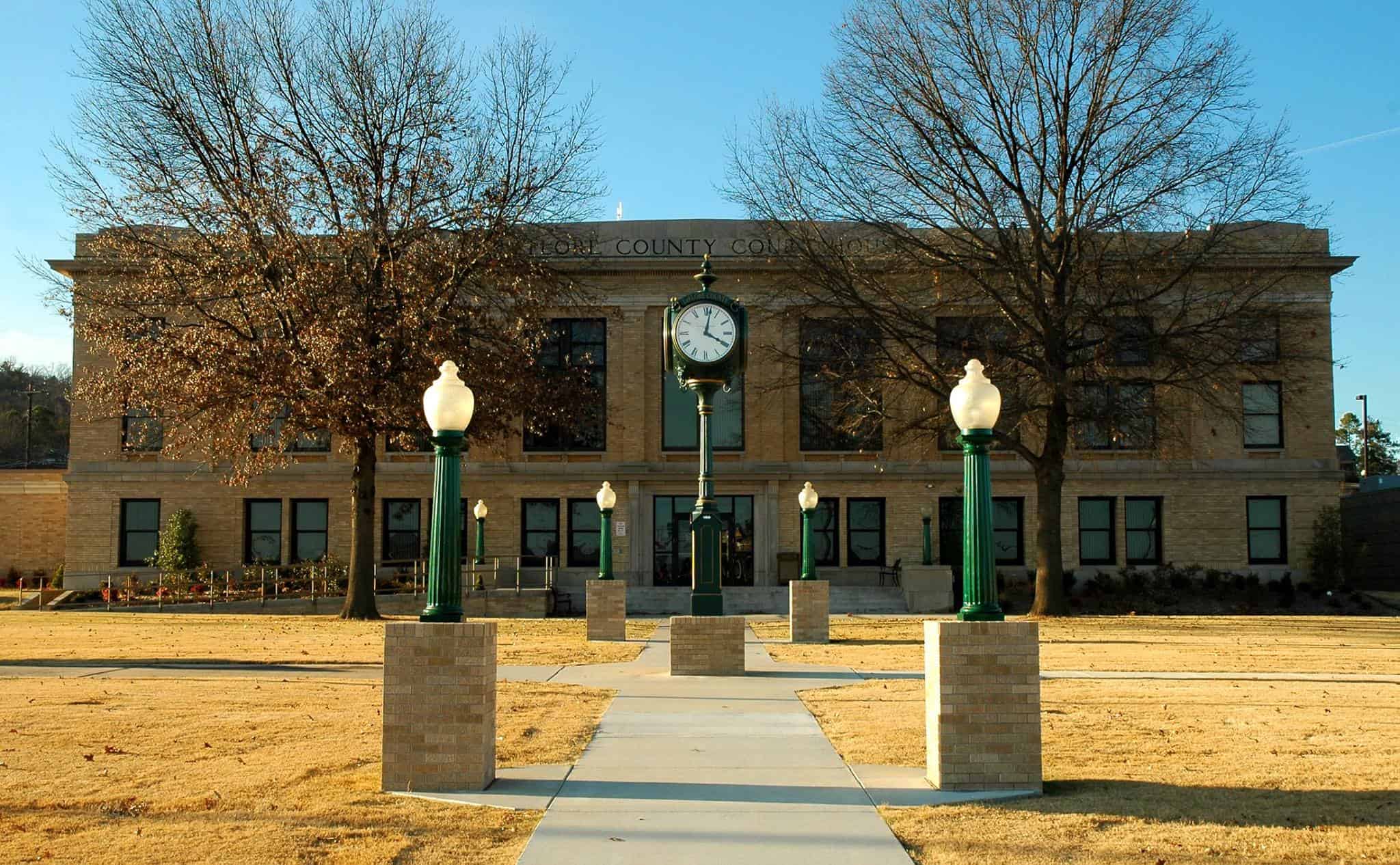 16 Jan FIVE MINUTE VERDICT The Story of the Trial of Reuben Gutierrez Jr. Part I

On the evening of June 4th, 2015 Reuben Gutierrez Jr. was finishing up his shift at El Zarape, a Mexican restaurant in Fort Smith, Arkansas. The restaurant closed that evening at 11:00, but Rueben had agreed to be part of the crew to help do a deep cleaning of the restaurant after hours. Reuben needed the extra money. He was working as a waiter at El Zarape, but the last couple of weeks he had to change his position to a bus boy because of a fracture he sustained to his right hand. The cast he wore did not allow him to perform his duties as a waiter.

The cleaning went into the early hours of the morning, and when it was completed Reuben decided to go to a co-worker’s house in Fort Smith. He wanted to catch a quick nap before heading home to Poteau, about thirty minutes away, and having to return the following morning for his opening shift. He spent a few hours there before deciding to head home.

Reuben made a very common mistake, he believed that a short nap would be just enough before getting on the road and behind the wheel. What Reuben also failed to consider was the drowsiness side effect of the Hydrocodone he had taken, as prescribed, for his broken hand. As Reuben drove his white Nissan south on Highway 112 toward Poteau, he caught the attention of a delivery driver.

The delivery driver saw the white car weaving, and driving erratically. At one point he pulled up next to the Nissan and noticed the driver’s head appear to fall back as if he was falling in and out of consciousness. Having seen enough, the delivery driver contacted the LeFlore County Sherriff’s Department and described what he saw, and the vehicle.

At this same time Reuben was starting to realize he had made a mistake and was just as concerned about his ability to drive as the man that had called in and reported him. He could feel himself dozing off and he would be awaken by the vibration strips that lined the outer edges of the highway. As he exited on to US 59 he noticed the Choctaw Travel Plaza and decided to pull in to get some water. Only minutes from home, Reuben was shaken by his inability to stay awake and thought he should stop before returning back to the road.

What Reuben didn’t know was that Sergeant Terry Winn of the LeFlore County Sherriff’s Department was following Reuben into that parking lot. Sergeant Winn was responding to the call from dispatch and identified Reuben’s car as matching the description of an erratic driver. Most likely a drunk driver, he had decided. He approached Reuben’s car and within a few minutes had arrested him for DUI.

I NEED A LAWYER

Reuben called Wagner & Lynch and said he needed to hire a lawyer to represent him in a trial. I spoke with him and he explained that he was charged with a crime he didn’t commit and wanted someone to stand up and fight for him. I told that was just what we did here and we worked out an arrangement for him to hire us. By this point Reuben had moved north to Minnesota for work to support himself and his four young children.

I contacted the LeFlore County District Attorney’s office and advised them that we represented Reuben. I was told that they had extended him an offer of a deferred sentence (a probationary sentence that would be expunged from his record when completed), and some fines and costs. Reuben rejected this offer, and stated emphatically that he wasn’t drunk and he was not going to plea to something he didn’t do.

I cautioned him about such a decision. If he were to go before a jury and not be believed, then they could find him guilty. If that happened, he could serve a minimum of ten days in jail up to a year, and forever have the black mark of a DUI conviction on his record, all things that would not occur if he took the state’s offer. Reuben listened and then again stated he had no interest in the offer. Well, there was only one thing left to do, “Okay Reuben,” I said, “tell me your story.”

The officer’s report was pretty clear and direct. He described how he received the call from dispatch, recognized the vehicle and made the stop. When he approached Reuben he felt that he was lethargic, and seemed disorientated. As Reuben exited the vehicle he smelled “alcohol about his person”, observed him to be “unsteady on his feet”, his speech was “slurred”, and his eyes appeared “bloodshot”. The officer described how he ran Reuben through a series of tests, which Reuben failed, and it was after all of that that he placed him under arrest. Sergeant Winn then offered Reuben the opportunity to take the “State’s Test”, in this case a blood test, to determine the amount of alcohol in Reuben’s system. According to Winn, Reuben agreed, but when they arrived at the hospital, he refused.

Reuben had a very different recollection. He remembered a police officer approaching his car after he had stopped at the travel center. The officer asked for Reuben’s information, and as Reuben was gathering it, the officer told him to get out of the vehicle. According to Reuben, as he got out of the car, the officer said, “Yeah, you’re drunk”.

Reuben protested, claiming that he had stopped because he was tired, but hadn’t had anything to drink. He recalled that the officer just kept saying that he knew Reuben was drunk and that he was going to go to jail. At this point, Reuben began to request a breathalyzer test to prove his innocence. He told the officer, “I have rights. I was born here.” The officer replied, laughing, “Oh, you have rights. You’re drunk, and you’re going to jail.”

Two other officers were standing about twenty feet away and Reuben called out to them for assistance, they turned their backs. At this point the officer (who turned out to be Sergeant Winn) grabbed Reuben’s left hand, the uninjured one, and exclaimed, “How would you like me to break your other fu**ing hand!” As he said this he squeezed Reuben’s hand and caused him pain, then turned him and placed both of his hands behind his back, cuffing him.

Next, Reuben observed the officer that had injured him, and another officer search his vehicle. Once they were satisfied with their search and the wrecker had arrived, the officer got into the vehicle with Reuben and they began to drive. When they passed the jail Reuben asked where they were going and was told to shut up. The car came to a stop outside the hospital and the officer went inside for a few moments. When he returned he gave Reuben a document and told him he would have to sign it. Reuben asked what it was, but the officer avoided his question. Reuben refused to sign the document and demanded to speak to an attorney. The document Reuben refused to sign was an affidavit acknowledging that he had been offered a blood alcohol test. Sergeant Winn filled it out and wrote that Reuben refused to take the test.

This was a classic case of one person’s word against another. On one side a veteran Sergeant in the LeFlore County Sherriff’s Department, on the other side a young Mexican waiter. Before the trial would finally occur, I reminded Reuben of the risks he was taking on three more occasions, for what I believed were obvious reasons. A lawyer is only as brave as his client, and I knew I needed to start trying to catch up to Reuben, because he was pretty far ahead of me on bravery at this point.

The trial of THE STATE OF OKLAHOMA v. REUBEN GUTIERREZ JR., would occur on the 9th of January, 2017 before District Judge John Sullivan at the LeFlore County Courthouse in Poteau, Oklahoma. Because it was a misdemeanor six persons would make up a jury to decide his fate. The State of Oklahoma would be represented by Kevin Merritt. As the proceeding began I got my first look at Sergeant Terry Winn. He was a big man, over six feet tall with a barrel chest and a military style crew cut. He wore his uniform, neatly pressed, and black rimmed eye glasses set on his sharp nose.

I noticed him immediately when he walked in, his demeanor spoke authority, and I saw that the jurors reacted in the same manner as myself. He sat down at the prosecution table only four feet from me, Reuben was sitting to my right, and my Associate Jared Snedden was sitting to Reuben’s right. As the Sergeant sat, he stole a look in our direction. His gaze seemed to pass right around me and right to Reuben. It was time for battle.

Judge Sullivan called jurors and asked them basic questions, after he was finished, Mr. Merritt approached the jury to Voir Dire. Mr. Merritt had an easy way about him, quiet. He spoke to the jury about preconceived notions that they might have, their ability to be fair, the burden of proof, and their wiliness to punish the defendant. The jurors acknowledged that they could all do these things, regardless of their backgrounds and ideas about the criminal justice system, all but one juror.

One juror in particular, we’ll call her Juror No. 5, was concerned that she could be fair. She was a retiree and her husband was as well. When asked, she explained that her husband was a retired law enforcement officer, a decorated twenty-six year veteran of the Garland Police Department in Garland, Texas. After some prodding by Mr. Merritt she came to the conclusion that she thought she could probably be fair. However, she warned that her husband wasn’t just any decorated law enforcement veteran, he was the “best DUI getter Garland Texas ever had”.

When Mr. Merritt finished I approached the jury and began to inquire myself. Before long I was speaking with Juror No. 5. Again she began to express extreme doubt that she could be fair to my client. She seemed to struggle with her concern and at one point leaned in and said, “It’s too bad, because I’ve always wanted to do this”. I smiled at her and thanked her for her honesty. I did not request that the judge consider her removal for cause, instead I left her right where she was and moved on with my Voir Dire.

After we had concluded Voir Dire, Judge Sullivan recessed the jury to give the lawyers an opportunity to discuss and then exercise their challenges to remove jurors of their choosing. This would eliminate six of the twelve jurors called and leave a six person jury to try the case. Myself, Reuben, and Jared went into a conference room and laid out the juror list. I asked for suggestions and the first one I received was to get rid of Juror No. 5. I stood firm and said, “No, I think she is going to be the best juror we could ask for, and I know that the state won’t let her go.”

It was settled and when we began opening statements, Juror No. 5 was in the box, watching enthusiastically, and being a part of something she had always wanted to do.