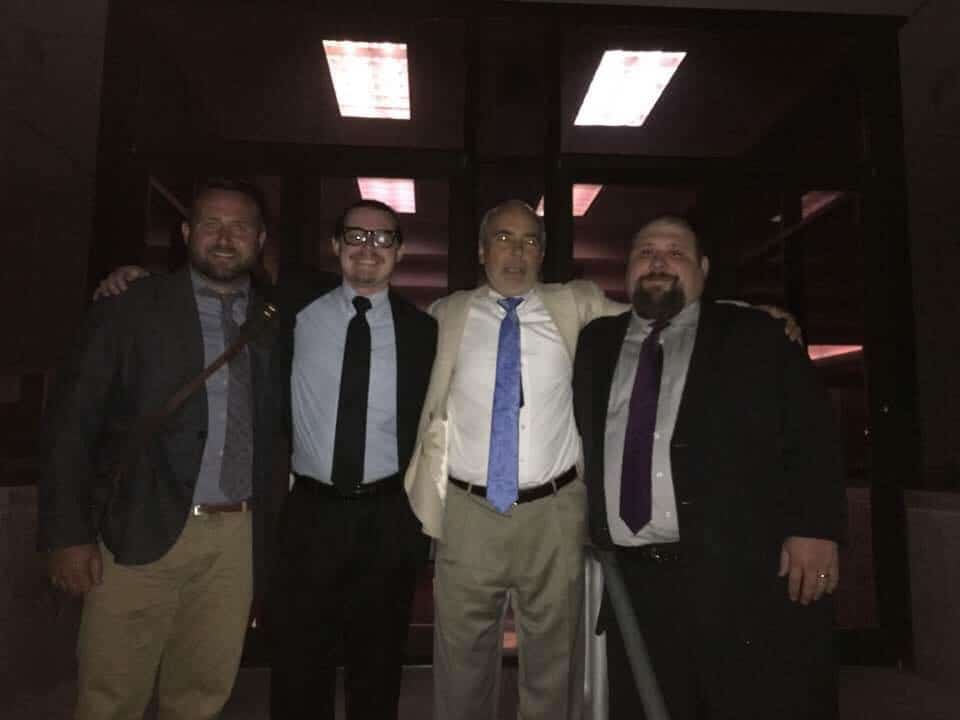 09 May SO THIS WAS THE SCENE LAST NIGHT…

Posted at 18:11h in Uncategorized by Matt McWilliams 0 Comments
0 Likes

I didn’t get home until after midnight last night and after six days of trial, fell into my bed. Here’s what happened:

The Jury in The Friendly Market trial deliberated for five hours before reaching a unanimous verdict. We spent that time milling about in front of the courthouse, because the Cleveland County Sheriff believes it to be his property and ordered everyone out at 5 P.M. We were joined by many supporters and well-wishers, some that came and went and others that stayed with us the entire time.

When the jury came back we were all permitted back into the public building that belongs to the people first, something the good Sheriff should really educate himself on, to hear their decision. With our collective breath held, the judge read “not guilty” twenty-six times in total, punctuated by a collective exhalation.

The scene outside was beyond words for this crusty lawyer. People cheered and clapped for the brave men that stared down power and won, Robert-Laura Cox and Stephen Tyler Holman. I can speak for Blake and myself that we were so honored and humbled by their bravery.

We are grateful to everyone who supported these men, their families, and the DKT Liberty Project for backing their cause. I know that the two of us are deeply thankful for our office staff that has held the place together for the time that we were off fighting this fight, and our amazing wives that had to handle everything at home in our absence.

This was a helluva thing