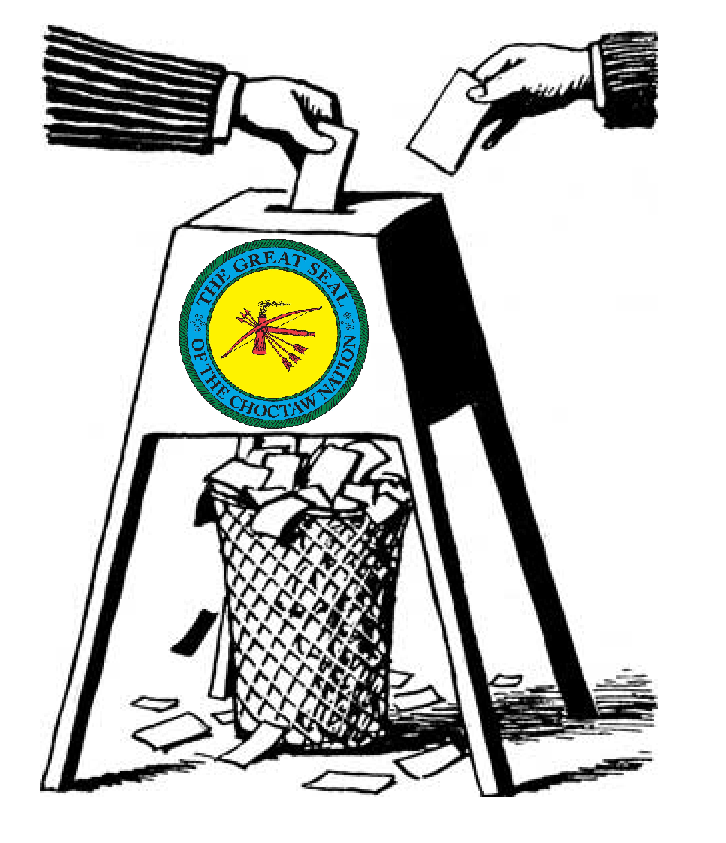 Posted at 16:23h in Uncategorized by Matt McWilliams 0 Comments
0 Likes

Fighting for Fairness in a Choctaw Tribal Election

Nellie Meashintubby came into the office last week seeking the same thing that all members of the Choctaw Tribe want – fair elections. She is a candidate for the District 11 Tribal Council office. She should still be a candidate, according to the tribe’s own election laws, however the tribe has decided that the election is over, and when they certify the election as it is, Nellie Meashintubby will be a former candidate for office. That didn’t sit right with her, just as it shouldn’t sit right with all members of the tribe, and likely doesn’t sit right with the man that was prematurely awarded the council seat, Robert Karr.

Blake Lynch, on behalf of Nellie filed a Petition last Friday in an attempt to stop the Tribe from certifying an election before it should be called. There is an unambiguous rule in Choctaw elections, that if the incumbent draws ANY opponent, then victory must include 50% of the votes plus 1. In the event that there is not a clear majority winner, then there will be a run off of the two highest vote getters.

“There is no process in the Tribal election code that would allow the Election Commission to simply call a race when there is no “winner” as defined in the code,” said attorney Blake Lynch. “I have met with and appreciate the candidacy of Mr. Karr. I have no reason to believe that he had knowledge or any role in this plan to seat him in violation of the Tribal code. I will go a step farther and assume that he would like to see a run-off election rather than take office under a cloud of illegitimacy.”

The Choctaw Tribe is not a stranger to controversial election issues, and this latest issue does not go to serve the best interests of the Tribe or the peoples to which it serves. This is not a situation in which the candidacy of Mr. Karr is at issue, but rather an opportunity to protect the process as it is set forth in Tribal Code. The people have a duty to their Tribe, and the leadership of the Tribe has an absolute duty to its people to govern them with transparency, fairness, and in accordance with the Code.