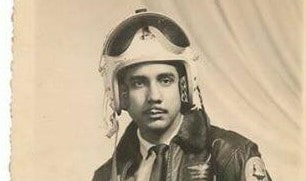 13 Mar MY NAME IS ANTONIO BASCARO

On November 10th, 1958, Lieutenant Antonio Bascaro’ encountered engine trouble and was forced to land his Vought Sikorsky OS2U-3 Kingfisher in enemy territory. He was taken into custody and the following morning he found himself eating breakfast with Raul Castro. Castro appealed to the young pilot to put aside his commitment to the U.S. Backed Cuban government and throw in with the guerrillas led by his brother, Fidel. He wasn’t just offered a position in the revolution, he was offered to lead the revolutionary Air Force.

Bascaro’ was in a tight spot, and had no idea what he may face if he turned down the younger Castro’s offer. The guerrillas were not known for their quarter, and stories of a post-revolution Cuba in the following years would help to paint the Castro regime as a brutal dictatorship. Despite all of this the young Lieutenant turned down the offer and was sentenced to death.

Bascaro’ would eventually escape his death sentence, Castro would take Cuba, and Bascaro’s plane would occupy a spot at Cuba’s Museum of the Revolution. Bascaro’ gave up his wings for sea legs and lived as a fisherman in the years after. He also became part of a group of Cuban fishermen that would allow their boats to be used to smuggle marijuana in the United States from Columbia during the smuggling heyday in the 1970s.

He wasn’t a kingpin or violent or famous, just a valuable utility man in a group of Cubans who used fishing boats to ferry marijuana between Colombia and Florida when Jimmy Carter was president.

In 1980, Bascaro’ was arrested for his role in the smuggling operation. Antonio, the other boat operators, and the leaders of the operation were all found guilty and sent to prison. The other men arrested with Bascaro’, including the leaders of the group, were released from prison many years ago. Bascaro’ on the other hand, remains in prison. Having been locked up since since February 21, 1980 (except for 45 days he was out on bond during his 1982 trial), Bascaro’ has the designation of being longest serving inmate convicted of a marijuana offense. He is scheduled for release June 8, 2019.

Bascaro’ has been a model inmate for 35 years, today he is 80 years old and spends his days in a wheel chair. With his health failing, the once brave fighter pilot that chose the U.S backed Cuban government over the revolution, and was sentenced to death for his loyalty, may not live to see his release. Bascaro’ was not named by the Obama administration for release and his case is too old to be considered for the recent U.S. Sentencing Commissions reforms.

Bascaro’ is a victim of America’s War On Drugs. His case is a shameful reminder of how the United States government sold a bill of goods to the American people. Bascaro’ risked his life for a government that would lock him away and forget him like a bad Christmas gift from your Aunt Mary. While Bacsaro’ continues to serve his life in a federal penitentiary the rest of America is starting to wake up to the evils that the War On Drugs has wrought on its own citizenry. Meanwhile CEO’s of pharmaceutical companies continue to purchase politicians through lobbying efforts and receive a pass to funnel their highly addictive narcotics into the bloodstream of a junkie populace.

You will not find Antonio’s story in the newspapers or scrolling across the bottom of a cable news channel. He is one of the forgotten. He name will not be mentioned when prosecutors and law enforcement wax poetically about how they are taking violent drug dealers off their streets.

Aicha Bascaro’ wants you to know the name Antonio Bascaro’. I want you to know his name, too. Aicha is Antonio’s daughter. She has visited her father in prison since she was 12 years old. She wants her father to visit her home and spend time with his grandchildren before he dies. Support Aicha (below I have listed a link to sign a petition she started), and when you hear someone speak to the success of America’s longest running war against its own citizens, speak the name Antonio Bascaro’. 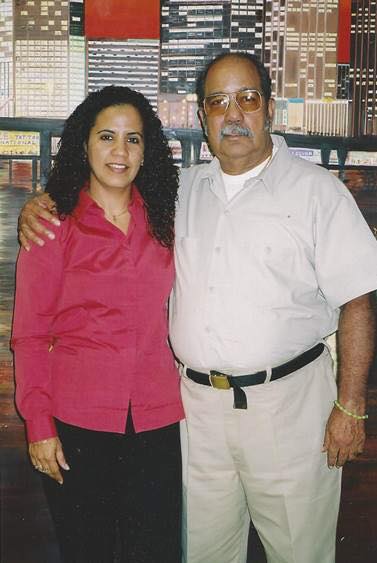