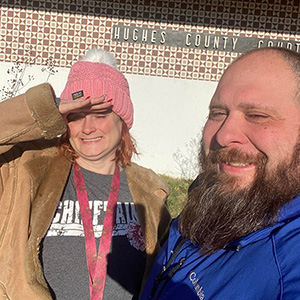 Posted at 21:44h in Wagner & Lynch Blog by Matt McWilliams 0 Comments
0 Likes
DISMISSED!
This morning Brecken appeared with Lori Gamble in Hughes County and announced ready for trial. The government responded by dismissing her case. This is the end of a long nightmare for Lori, but her story is more common than you would think and needs to be told.
It was well over a year ago now that Lori left her workplace after a long shift and headed home for the evening when she was pulled over by a police officer. As soon as the lights appeared in her rearview mirror, Lori felt what most everyone feels these days when pulled over by the police, an instant surge of nerves and anxiety. Unfortunately for Lori, like many Oklahomans, her reaction was even more intense because she has battled with Anxiety Disorder most of her life.
The officer mistook Lori’s anxiety and nerves as a sign that she may be under the influence of alcohol. He requested that Ms. Gamble get out of the vehicle and perform some field sobriety tests. Even more nervous now, Ms. Gamble did her best to follow the officer’s commands as he made them, but the officer claimed that she failed and her attempts resulted in “clues” of her alcohol intoxication. The officer ignored Lori’s denials that she had drank anything and instead was just very nervous. He placed her under arrest for suspicion of DUI.
The blood draw would reveal that Ms. Gamble did not have any alcohol in her system. However, the government didn’t dismiss the case and instead looked for a reason to keep the charge alive. The blood draw results did show that she had a controlled substance in her system. Despite the fact that Lori had a prescription for the substance that was in her blood (anxiety medication prescribed by her physician) she was charged with DUI Drugs under the government’s theory that she must have been abusing her prescription and was impaired when the officer pulled her over.
Ms. Gamble hired us and entered a plea of NOT GUILTY and we immediately started demanding a trial. Today, the State of Oklahoma met that demand with a Motion to Dismiss.
Officers in Oklahoma are poorly trained when it comes to mental health issues and interacting with persons with mental issues or disorders. Too often law enforcement is trained to find grounds for an arrest rather than the truth, and that’s a direct result of poor training. Don’t leave it in the hands of the government to do the right thing, call us and make sure they do the right thing.
We are honored to have had the opportunity to represent Lori and wish her the best of luck going forward.